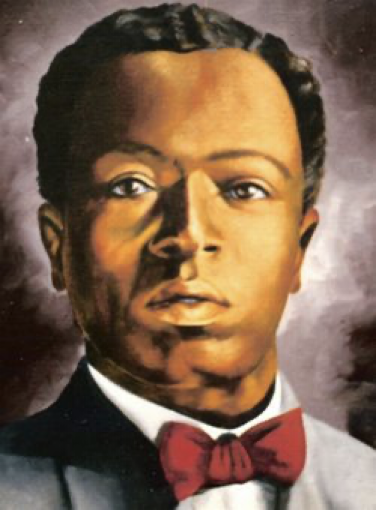 Founder George Wesley Edmonds,witty in nature and an enigma to most in the Fraternity was born in Knight Township, Vanderburgh County, Indiana on August 13, 1890, as the eldest of two sons. He attended the Carver Elementary School and Clark High School in nearby Evansville, Indiana and enrolled at Indiana University in the fall of 1910. He joined nine other students in founding Kappa Alpha Nu Fraternity. Founder Edmonds was listed as the Corresponding Secretary in the articles of incorporation of the Grand Chapter of Kappa Alpha Nu. He was one of the three freshmen, along with Asher and Blakemore, who were the first initiates of the Alpha of Kappa Alpha Nu.

After Edmonds returned home for the summer of 1911, he never returned to school. Instead, he worked in the coal mines and railroad of Vanderburgh County for many years. Edmonds also lived in Lake County, Indiana (1917-18) and Warwick County, Indiana (1942).

Edmonds married Willa Mae Forte and settled in Stevenson, Indiana. They became the parents of one son, Noel. Founder Edmonds died on June 13, 1962.

Unfortunately, little more is known of Edmonds because of his premature withdrawal from school. The Fraternity had attempted to locate Edmonds for several years. These efforts were hampered by several factors. The circumstances of his life prevented him from moving in the circles of higher education. Edmonds’ lack of contact with college colleagues prevented him from knowing the organization he assisted to found. In 1915, the Fraternity changed its name from Kappa Alpha Nu to Kappa Alpha Psi. Attempts to locate him were also hindered due to his last name been misspelled in the Fraternity’s records. For these reasons, Edmonds’ location was unknown to the Fraternity for sixty-seven years. In 1975, Founder Edward G. Irvin urged Brothers to intensify their search for Edmonds. Edmonds’ burial site was finally confirmed in 1978. He is buried at Oak Hill Cemetery in Evansville, Indiana.