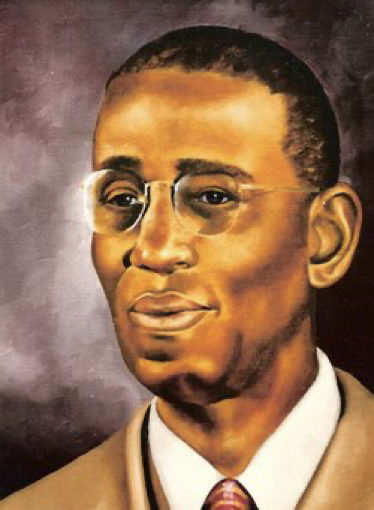 Founder Henry Tourner Asher, an unassuming, dependable supporter of Negro youth, equal rights, higher education and religious affairs and son of a Baptist Minister, was born in Owensboro, Kentucky, on June 30, 1890 and was the eldest of seven children.

He moved to Bloomington, Indiana, attended public schools and graduated from the Bloomington High School in 1910. He enrolled at Indiana University in 1910, where he received the degree of Bachelor of Arts in 1914. He became an instructor at Lincoln Institute at Jefferson City, Missouri from 1914-1915. In 1915, he enrolled in a graduate program at Wisconsin and subsequently at the University of Illinois, but transferred to the University of Minnesota, where he earned his MA degree in 1917. He received the degree of LL.B. at the Detroit College of Law in 1928. Asher subsequently married Celia Craig in 1936 and later met and married his second wife Bessie.

Asher served a year overseas in France during World War I and attained the rank of corporal. He was assigned to the 809th Pioneer Infantry unit of the U.S. Army. Upon completion of his service in 1919, he chose to give up a possible teaching career at Wilberforce University for one in real estate. He subsequently ended up in Detroit, where he decided to enter the postal service.

Asher, along with Founders Edmonds and Blakemore were the first three freshman initiates of the Alpha of Kappa Alpha Nu. Although not a charter member of the Detroit (MI) Alumni Chapter, he was among the first to affiliate with the chapter in 1920.

Asher was an active member of several organizations including the NAACP, the Elks and the Veterans of Foreign Wars. He spent the remainder of his life in Detroit, Michigan, where he died March 5, 1963. He is buried at Detroit Memorial Park (East) in Warren, Michigan.