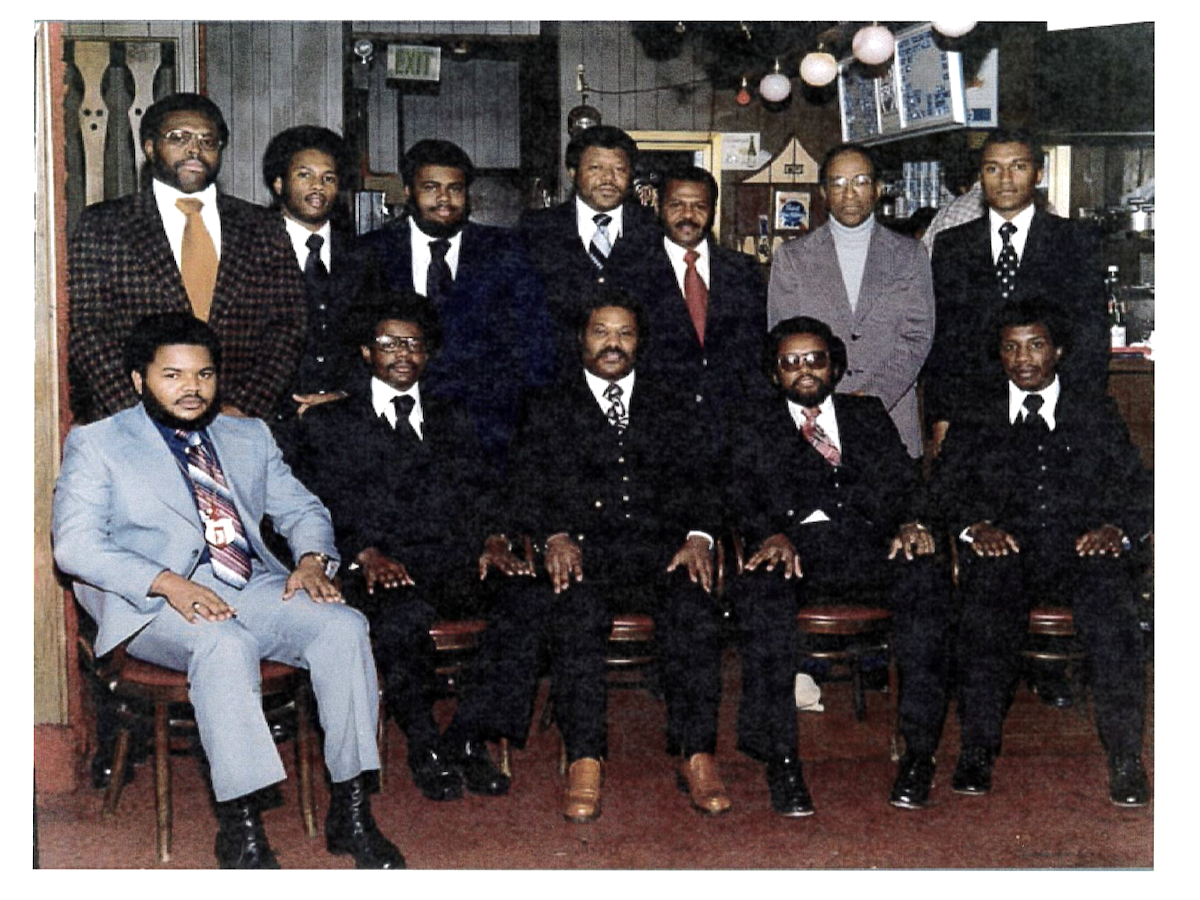 The History of The Salisbury chapter of kappa Alpha Psi, well I would say that it started with Once Upon A Time and it will end with Happily Ever After.

The Salisbury Alumni Chapter of Kappa Alpha Psi started as the Princess Anne Alumni Chapter. These included members from the Delaware /Maryland State line to the Chesapeake Bay Bridge Tunnel in Virginia. This was a vast area to be covered and sometimes caused problems in maintaining our continuity and carrying out our many projects. In the 1970’s the Kappa’s in the Salisbury area began to increase tremendously. There came a move by the Salisbury members of the Princess Anne Alumni chapter to bring these members into the group. Most of these efforts failed. Finally, there was a measure introduced that we form our own Chapter in Salisbury. This idea did not set well with many in the group and the indifferences were many.

The members from Salisbury saw the need to initiate change in the way we were doing business.

They not only wanted to grow the chapter from the influx of Kappa’s moving into the area, but also through the initiation of new Kappas in the Alumni Chapter from those graduates who could not join when they were in college.

They also wanted to create a greater respondence to our community at large. To take leadership in sponsoring activities in the community that would add to the quality of life socially, economically and spiritually.

A major undertaking was to mentor the youth in the area, guiding them through their life’s activities and preparing them to be better students, better athletes and better citizens.

And most of all they wanted to make Kappa Alpha Psi a most recognizable as a community and household name.

The Grand Chapter of Kappa Alpha Psi was petitioned in 1973 to set up an Alumni Chapter in Salisbury Maryland.

On January 24, 1974, The Salisbury Alumni Chapter of Kappa Alpha Psi became a reality.

The fundamental Purpose of Kappa Psi is Achievement in all fields of endeavor. These twelve founding members were and still are representative of this purpose. I want to talk briefly about these men.

Elisha Jones— Premier Electrical Company in the area, Entrepreneur, Show Car Enthusiast, First to have a sponsorship in the area. He is a fifty year member of our great clan.

Freddy Mitchell— Educator who rose to be the Executive Director of Shore UP Inc., a community Action Agency that influences the quality of life of thousands in the area

James Polk Sr — Life Long Educator that has influenced the lives of thousands of students on the high school and college levels and has served as the Pillar of our Fraternity for many, many years. He has guided the members of Salisbury Alumni on the journey from Boys to responsible Men. He is also a fifty year member of Kappa Alpha Psi and is proudly 94 years old. He is experiencing some health problems lately but he is hanging in there. We wish you all to include him in your prayers.

James Polk Jr. — Manager in the Pharmaceutical Industry, past Franchise

Leo McNeil— Educator who joined Freddy Mitchell at SHORE UP! Inc. as his Director of Human resources. He is also an Ordained Minister at St James AME Zion Church in Salisbury, MD

Through the years the ranks of Salisbury Alumni Chapter Of kappa Alpha Psi have grown by leaps and bounds. But may we never forget the chapter nor the plight of these twelve brave men.

And the story goes on and on. Presently the chapter consists of 27 members from varied fields of endeavor. They have cast upon the horizons of time, many memorable Programs such as The Salisbury Christmas Basket Ball tournament, The Kappa Boat Ride, The Summer Kappa League, The Kappa Mentoring Program and many other Youth Activities, Scholarships and Community Benefits.

Long live The Salisbury Alumni Chapter of Kappa Alpha Psi. Long live all the members of this great clan. These men of Honor, Integrity, Honesty, Vision and achievement.

And in conclusion, may the Fraternity and its members live Happily Ever After.